How to Stop Card Game Addiction

If you think that the compulsive use of video games is the only form of game addiction, you’re wrong. People can get addicted to any game, like card games, mahjong, VIP slot machines in casinos, and so much more. Like video game addiction, uncontrollable impulse to play card games also has detrimental effects on the player. 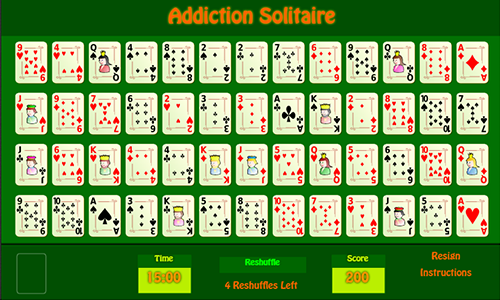 Why Are Card Games Addictive?

Playing card games to unwind and forget about life’s pressures for a few hours is healthy for our body and mind.  Card games are simple to learn and help build a strong connection with friends and family. It’s nice to see a family gather around the table and play cards instead of doing their own thing with their gadgets.

It’s easy to get hooked on card games since they are a pleasant hobby everyone likes. The psychological benefits of winning are the reason why many young and old people keep returning to it. 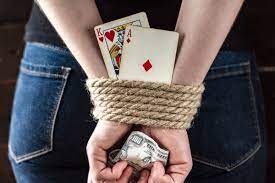 Aside from being straightforward and fun, here are some of the most common reasons why breaking away from card games is difficult:

The winning streak phenomenon is intriguing. This behavior means that when someone is already hooked on the fun that the game brings, he will most likely do it again and again. The player believes that his winning streak is due to his talents, or he thinks his luck is on his side and he should take advantage of it.

A winning streak, however, will end at some point. Ordinary people will be slightly disappointed when the winning run stops since they have not risked excessively. An addict, on the other hand, would behave differently if he felt the urge to raise the stakes and risk losing more money with each game played. Losing everything becomes a possibility at some point.

Most addicts are unhappy with the world their world. They feel they have done everything right, but their efforts are not appreciated. The best example is the promise of a fulfilling career and a stable life after graduating. Many people have learned that playing all the perfect cards in real life does not translate to success.

On the other hand, with their tight rules, card games are easy to learn and follow. W when they play a game where victory is determined mainly by talent rather than luck, they finally experience the reward that has been lacking from their life. They will play the game whether they win or lose since it’s their way of escaping the bitter truth.

While everyone can play a card game, mastering it is a different story. You don’t always get to sit in the same room with others who are as committed to the game as you are. Some may not be interested in winning, while others play simply to pass the time. Victory may make you feel like the best player in the world and can be a source of pride.

Card games are a source of fun and entertainment for many people. They can be a great way to make friends, and they can also help to build stronger relationships with your existing friends. Whether you’re an old hand at card games or have never played one before, having your friends around is a strong reason to play.

By the way, many cards look very different from how they looked years back. Some companies hire famous artists to make their cards look nice. If you’re into art, you may be enticed to play cards frequently.

The most important thing is recognizing that you have card games (for example Spades) addiction problem. If you can do it as early as possible, it will help you plan your next move.

Card game addicts often think that their addiction is something normal and natural. They say, “I couldn’t stop playing it; it’s a part of me.” But the fact is, these people are wrong.

It’s hard to find an appropriate way to stop addiction. It’s not enough to just say that you’re going to stop playing cards or video games or to swear you’ll quit. You need to take action. You need to find different ways to relax your mind and make them your habits. If you don’t have other hobbies, try to find ways to relax your mind and avoid thinking about your gaming habits. Drink a cup of tasty tea, call your friend, do some breathing exercises, or choose other hobbies.

Now, you know that card games are addictive. They provide an escape from reality and a chance to relax. But sometimes, the addiction becomes too much.

Addiction is a real problem. If you need to play a game more and more and cannot resist, you might be addicted.

If you’re playing video games or gambling to make yourself feel better, then you are already addicted to them. Don’t worry, though. There are many ways to get your life back. If you think you have had a problem with a gambling addiction, you can chat or email us. Help is here.